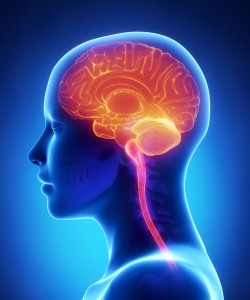 The resulting pressure on the cerebellum and brain stem may affect functions controlled by these areas, such as balance, and block the flow of spinal fluid.

Chiari malformations are classified by the severity of the disorder and the parts of the brain that protrude into the spinal canal.

What are the symptoms of a Chiari malformation?

Many patients have no symptoms and a Chiari malformation is found by accident. But, the following symptoms may be present:

Symptoms in babies and children:

In order to determine if a Chiari malformation is present, the doctor will first check the following to see if anything is out of the ordinary:

The doctor might want the patient to have an X-ray, CT scan or MRI to conclusively determine if a Chiari malformation is present.

How are Chiari malformations treated?

There are few ways to treat Chiari malformations, and some cases may require no treatment at all.

Although rare, Chiari malformation is a neurological defect that can affect the daily routine of those afflicted by it. Timely diagnosis and treatment are sought to improve quality of life for these patients.