Chronic Hives: My Unexpected Journey Within 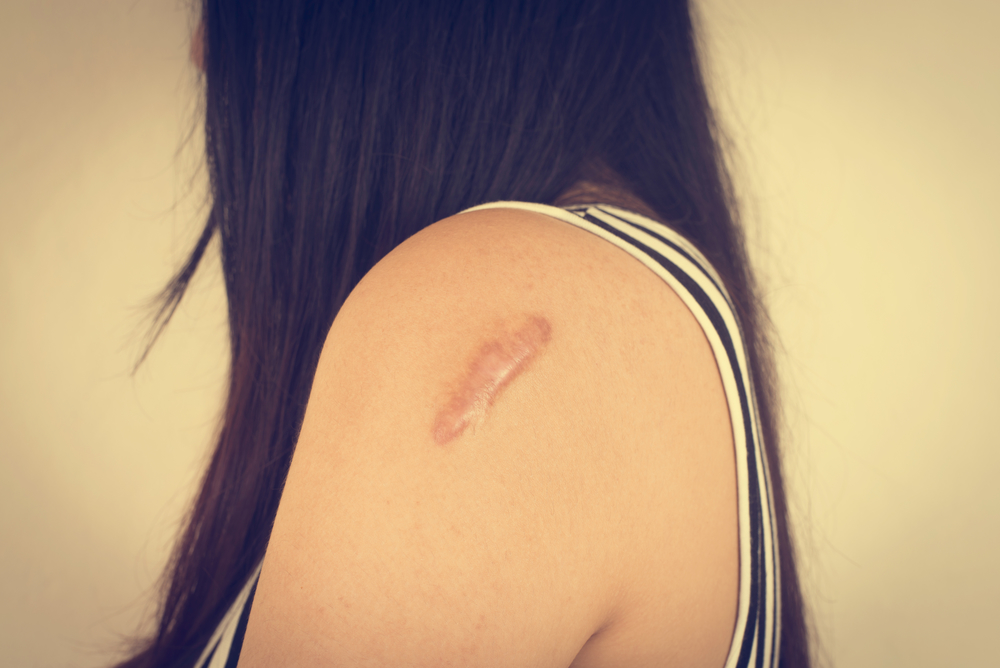 It was the middle of March 2016 and I was 5 weeks removed from my vacation down under to Australia. I was sitting on my sofa watching TV and felt a sensation of warmth and itchiness near the corners of both my elbow and right knee. Unknowingly, I had been gently rubbing the area and discovered that what began as a few tiny bumps now coalesced into a sizable red wheal. I knew immediately from my medical background that this was called urticaria (hives or nettle rash). I immediately stopped rubbing, however uncomfortable I felt, and searched our family medicinal cabinet for any topical corticosteroid cream or anti-histamine gel. Much to my chagrin, I had a small tube of steroid cream with minimal product inside. As I applied the leftover cream to the required areas, I became aware that there were other bumps that appeared on my left arm and lower leg which created this fear in my mind: what is going on here? Why is this happening to me?

As I mentioned earlier, this is something that is commonly known as “hives” or “nettle rash.” It is a skin condition in which a trigger (certain foods such as nuts, dairy, berries, chocolate and tomatoes, insect bites, sunlight, stress, aspirin) causes the release of histamine from an immunological cell (mast cell) in the body that allows blood vessels to dilate and the body to fight the culprit. Besides seeing red elevated wheals on the skin surface, the principal symptom is intense itching, made worse by further scratching. My presumption was confirmed by my allergist/immunologist whom I made an appointment to see within the following week as my primary care physician was on vacation. He examined me from head to toe and inquired as to the intimate details of my condition and about any new foods or allergies that I was aware of or exposure to any new environments that I was in. Besides my recent travel, I was not aware of radical changes that went on in my life and explained to as such. He told me that sometimes hives can linger on without any identifiable cause which caused my heart to sink a bit.

Subsequently, he ordered the necessary blood work (which revealed nothing) and prescribed an anti-histamine tablets along with a potent topical steroid cream to use daily. I noticed that there was a decrease in the frequency of my symptoms and I had more restful, restorative sleep as a result. However, as the weeks passed by, it dawned on me that my symptoms persisted without complete remission. My fear was that I was going to be taking these for the foreseeable future & at risk for side effects, however minor or major they might be. I communicated my concerns to my doctor but he casually dismissed them by indicating that there are no significant side effects so it was important to take them for the as long as I needed to. It was after some deliberate thought that I had felt the need to look into any alternative/holistic treatments.

Being of South Asian descent, I naturally looked into some of the most powerful herbs and spices that have medicinal merit. Tumeric powder is considered to have strong anti-inflammatory potency along with histamine control. It was suggested to mix 2 teaspoons of tumeric powder into warm water & drink twice a day for internal purification. Furthermore, the powder can be mixed with water to be made into a paste and applied liberally to any areas where hives appear. This sounded promising and worthy for me to try. So, I noted that down on a piece of paper but also thought it would be a wise idea to research the internet & make a list of foods that induce histamine release, not that I ate anything out of the ordinary but just wanted to be more conscious of. My list included tomatoes, papaya, avocado, pickles, chickpeas, soy beans, spinach in addition to more common ones i.e. chocolate dairy, walnuts, cashews, berries, etc). Looking at what I complied, I made a sincere effort to reduce or completely abstain from such items as best I could. It was a dual regimen that began immediately while I discontinued my doctor- prescribed medicine. Within a period of 2 weeks, I had no more episodes of hives-none whatsoever.

There was a great sense of relief that pursuing this alternative route solved what was ailing me. I still incorporate using turmeric on a once a day basis as it is very efficacious for the body in other ways besides being an anti-inflammatory agent. It is extremely versatile in its function as it has been known to purify the blood, can act as an analgesic, aid in digestion, accelerate wound healing and so on. Hopefully, it will be possible for individuals with hives or other related skin conditions to look for home remedies/alternative medicines as opposed to being tied down to conventional drugs, if the situation warrants; the body will benefit wholeheartedly.